I use data & technology to
create a love driven world

I use data & technology to
create a love driven world

At the core, I wear these five hats

Thank you for taking time out of your day to learn more about me! Want to chat? You can email me at matthew@wimagine.org 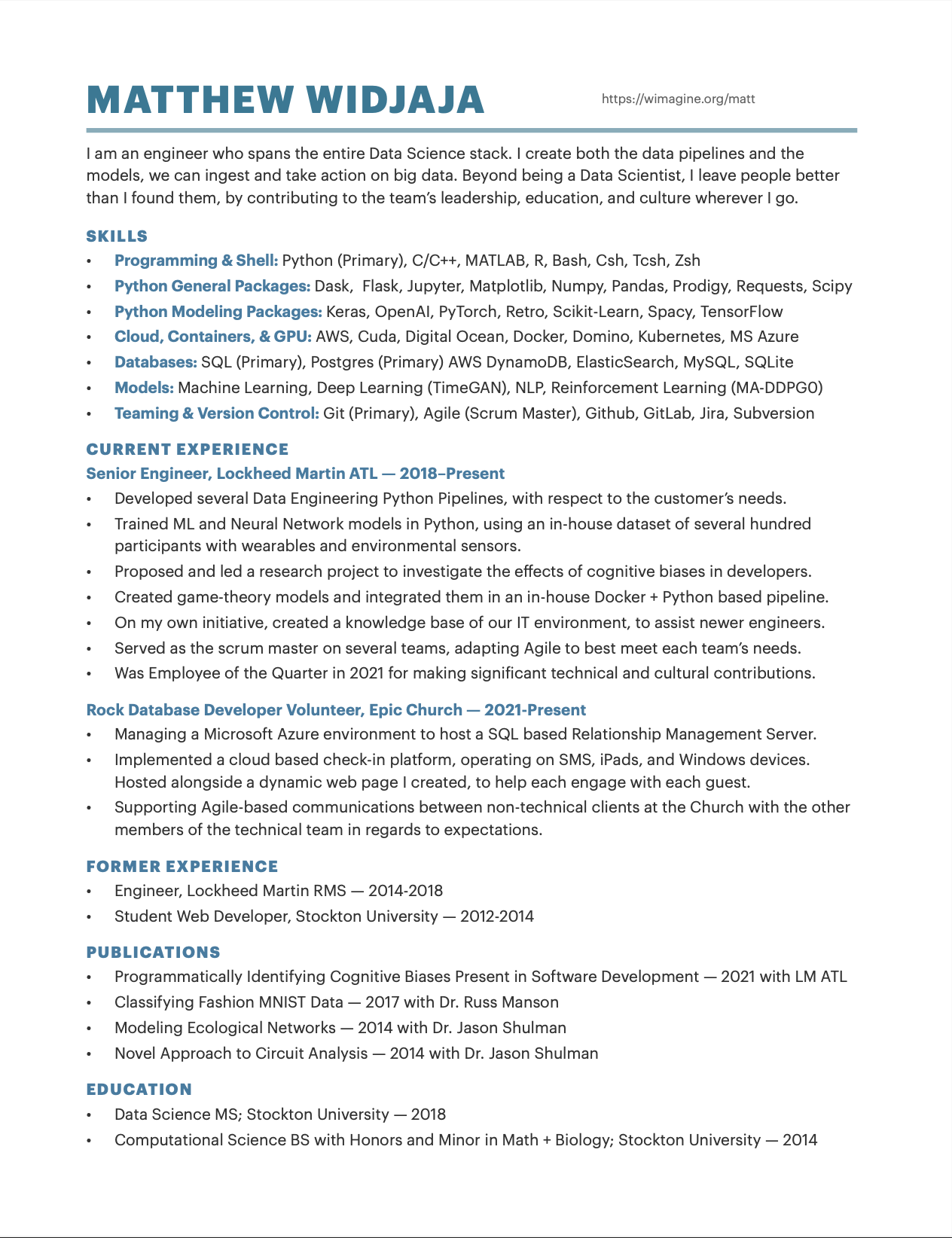 My programming language of choice since 2014 to connect my domains of data engineering, data science, and data analytics.

I’ve been living in a terminal since 2014 to run my tasks, set containers up, remote into machines, and more.

Instead of following the typical culture of re-creating a new ML pipeline for every project and/or dataset I work with, I make an effort to build on existing pipelines and expand their capability for my new projects/datasets, whenever feasible.

Regardless of how big or small the codebase is, these are my standards: 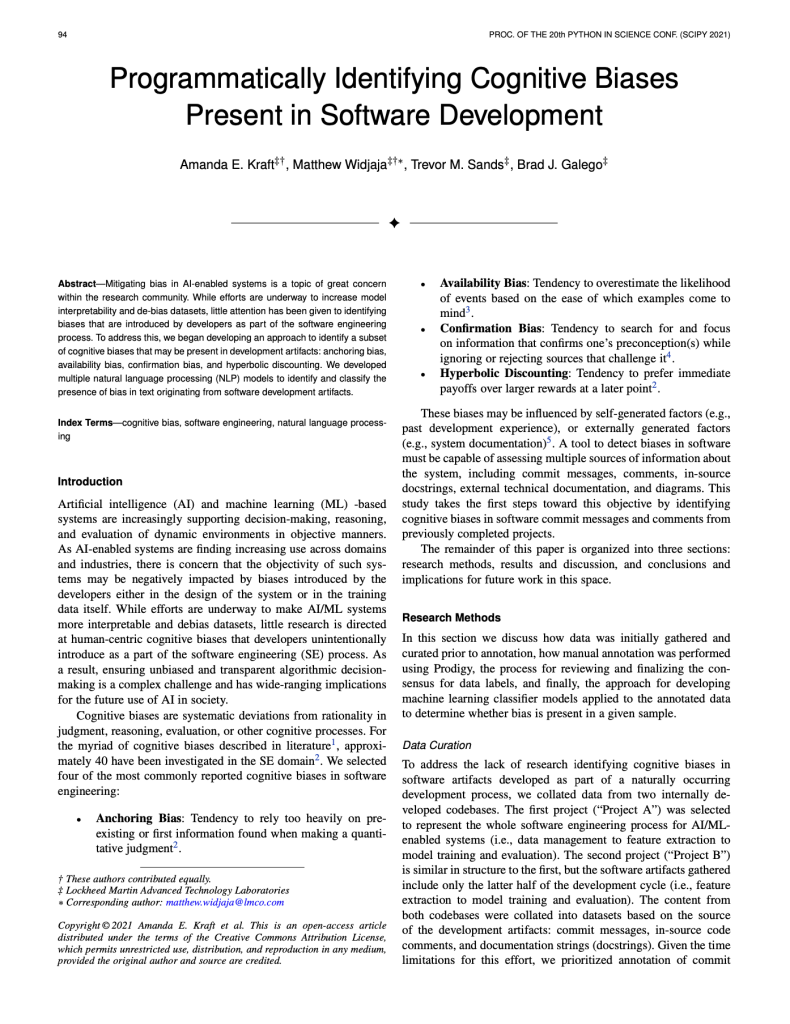 We wanted to get involved in detecting bias from ML models but this was becoming a more well researched space. So our team worked from the opposite direction, trying to find ways to detect cognitive bias in Git Commit Logs & Code Comments.

We got seedling money to annotate Git Commits & Code Comments for their cognitive biases. I then led a small effort to create an NLP model to read those messages and try to identify if that message was biased. This was easier said than done because programming artifacts like those don’t tend to follow English’s grammatical and linguistic expectations.

We ultimately concluded that while the model struggled at identifying the specific type of bias, just like its fellow human annotators, both the models and humans were able to conclude when a message was biased.

I squash blockers before, during, and after modeling 👟

I’m a full stack Data Scientist, having my hands in data engineering, data storage, feature generation, running models, the cloud, and all of the gotchas one could have in between. By having experience in all of these domains, I’m able to quickly identify and triage issues, even if I wasn’t planned to do so originally.

In my R&D Journey of trying to answer questions, I had the opportunity to implement these models

I am a leader at the core 🧭

On practically every team I’ve been on, I’ve built a reputation for myself as a technical leader. Even though I’m not officially titled as a leader (for personal reasons), I bring my best engineering and leadership skills to the table, for every project I’m on.

I leave teams better than when I first found them 🤝

I don’t just do my job, I energize and enrich the team because I genuinely believe that people are at the heart of innovation. I bring my best, I’m intentional about being present and helping people as soon as they ask, I’m honest about the mistakes I’ve made so others don’t repeat them, and I energize the office culture with fun and energy. 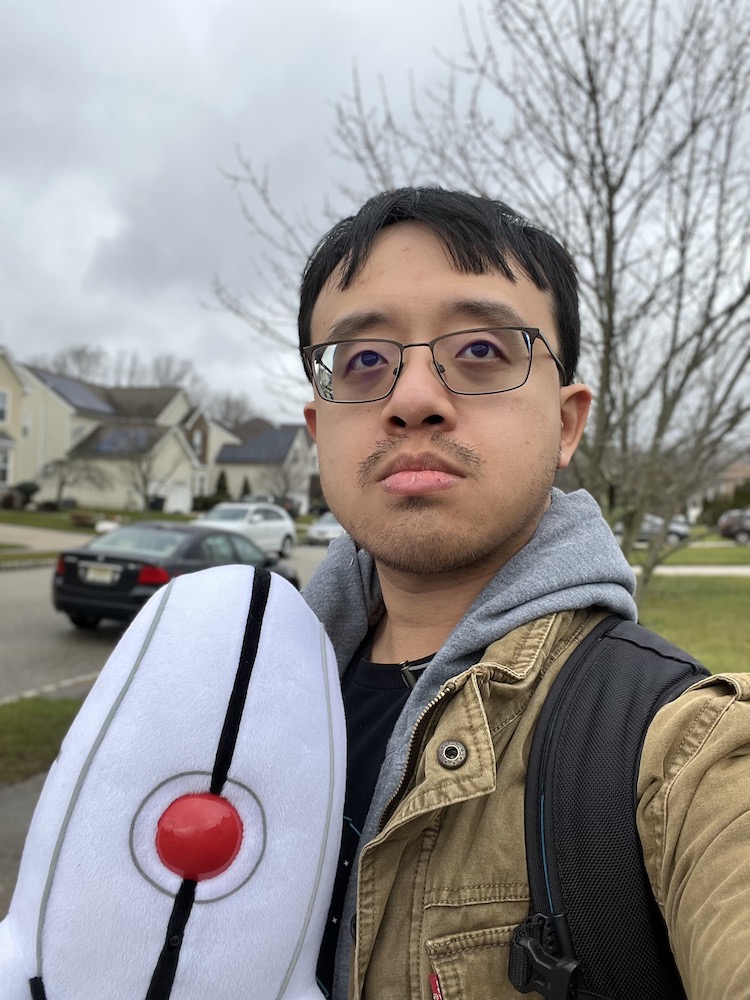 You can email me at matthew@wimagine.org or you can read my resume here.